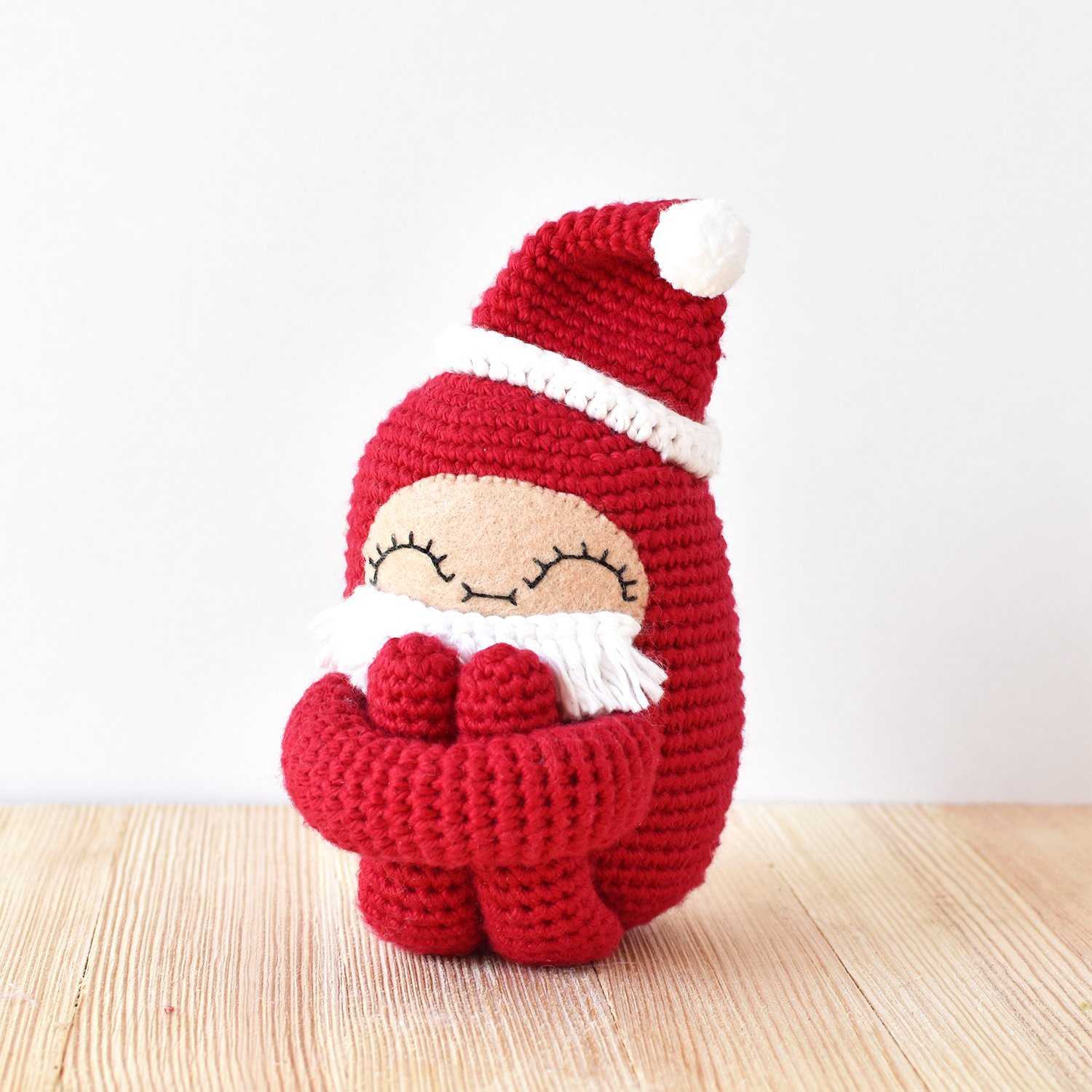 Curlies are the epitome of coziness and what is cozier than Christmas?! A Santa Curlie, that’s what! To make this Santa Curlie, you’ll first need to buy the Curlie pattern and make a red Curlie. Then check out the pattern below to make a Santa hat and bristly beard… 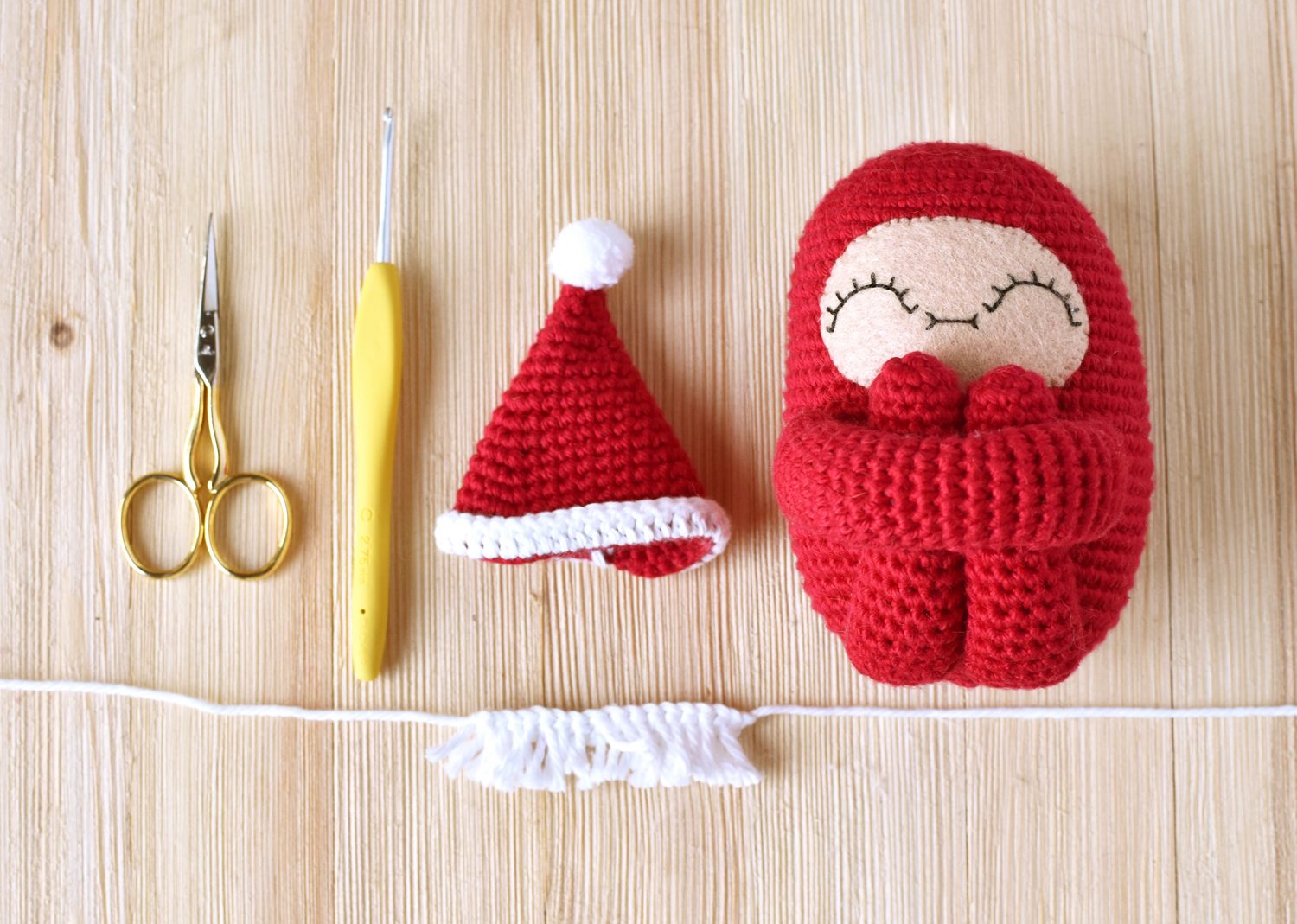 2. Yarn over and hold bottom of slip knot so it doesn’t slip around. 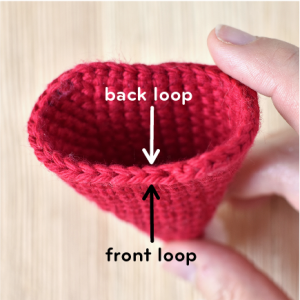 3. Locate the front loop of the stitches at the bottom of Santa hat.

4. Insert hook into front loop of stitch on bottom of hat while holding onto the 2 loops on hook.

7. Yarn over and bring through 2 loops on your hook.

9. You’ve completed your standing dc join! Continue making dcs in the FLO around the hat.

2. Holding the ch with your yarn holding hand, drape the yarn over your index finger.

3. With your hook, reach to the back of your index finger, yarn over, and bring through ch.

4. You’ll have 2 loops on your hook. Continue pinching ch so your newly created loop stays the same size.

5. Yarn over and bring through 2 loops on hook.

7. After you’ve finished your loop stitches, cut the center of the loops.

8. Trim the ends so they are all one length.

1. Flip up rnd 18, thread tapestry needle with yarn tail, and insert above rnd 16 of hat.

2. Insert needle through back loop of rnd 17.

3. Position hat on Curlie, I’ve made my hat slightly tilted to the right.

4. Working counter-clockwise, insert needle into and out of sts as shown.

5. Insert needle from inside to outside of hat through back loop of rnd 17.

6. Insert needle back into same hole you came up through in step 4. Repeat steps 4-6 until you’ve attached the entire hat.

1. Thread tapestry needle with ending yarn tail and weave through sts to the other side.

2. Position the beard over your Curlie’s face.

3. Insert needle into body at side of face.

4. Bring needle and yarn out of the back of Curlie’s body.

5. Weave yarn through several sts. Repeat in several sts in the rnd above.

6. Insert needle into body and bring up further away. Cut yarn close to body to secure. 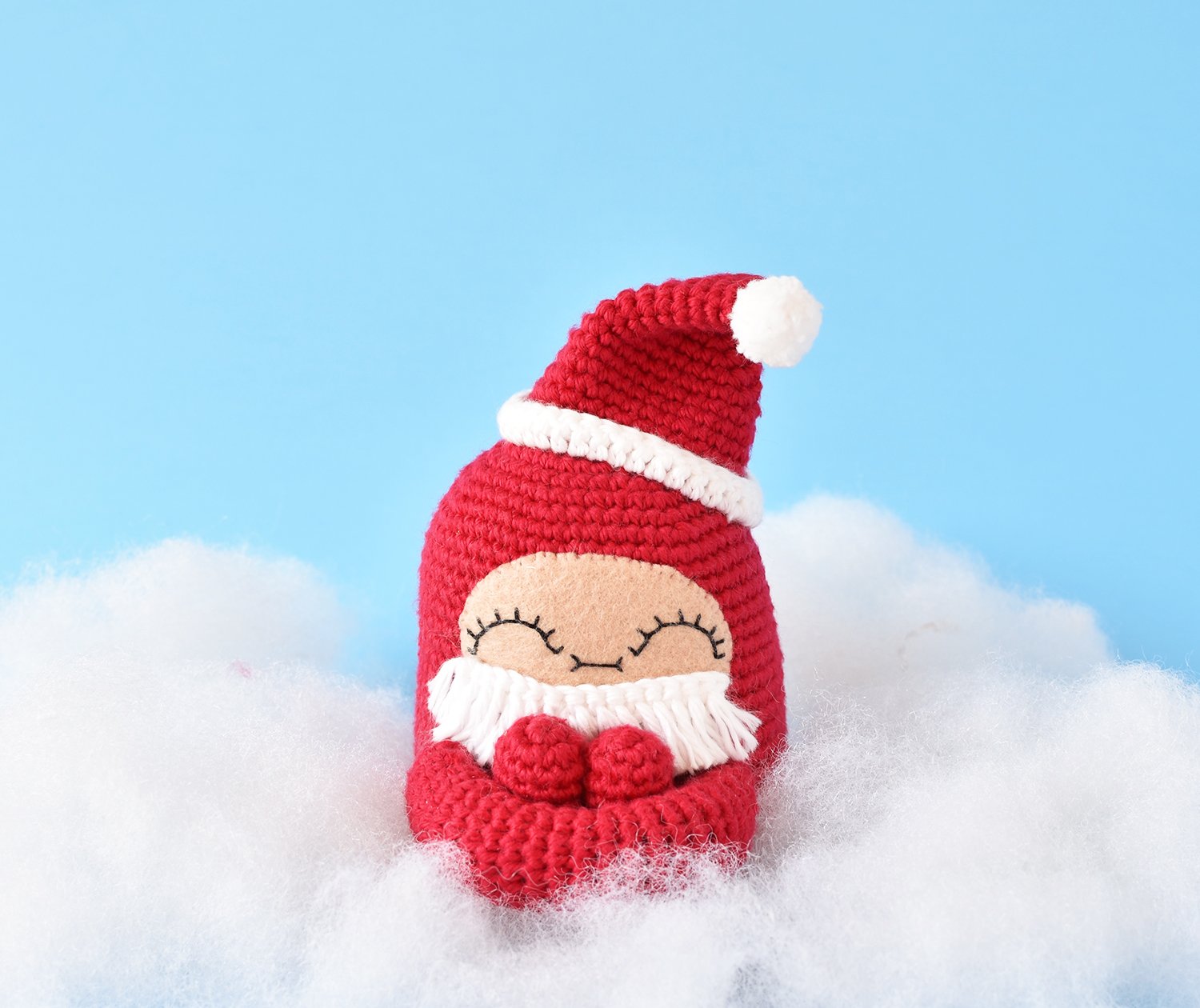